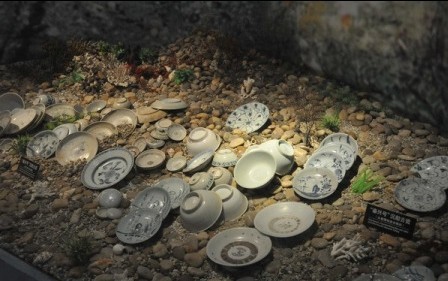 The earliest Porcelain appeared in the Shang Dynasty in China (1750 BC to 1027 BC). The earliest ceramic was found at ruins close to Zhengzhou, in central China’s Henan Province, in the region of Shang Dynasty. It is believed that the porcelain was invented approximately at the time of the Eastern Han Empire. Black porcelain came into made during the East Han Dynasty and started to be the dormant kind of earliest ceramics. After the Sui and Tang dynasties, Chinese porcelain separated into two kinds, Dark porcelain, and white porcelain.

Spread to Korea and Japan 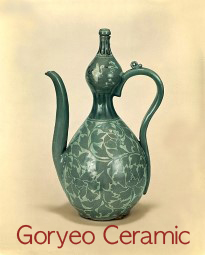 The Skills and technology of making porcelain passed down to other Eastern Asian countries, firstly Korea and next to Japan. It became known that Korea firstly began to produce pottery with Porcelain during the Goryeo Dynasty (918–1392) in Korean Peninsula. The pottery during the period is considered to be the finest works of ceramics in Korean history.
The porcelain skills then passed down to Japan from Korea during Baekje Dynasty (18 BC – 660 AD). Many of Korean pottery artisan moved and settled in Japan where they delivered the skills of making pottery. The transIt had been not until the 17th century that Japanese manufactured porcelain. Japanese artists developed their design of porcelain emphasising beautiful features of a natural “organic, earthy.”

The beginning of European Porcelain production.

pe, long after it was first created and produced at the time of the Tang Dynasty (618-907) in China.

From the start of the 15th-century porcelain was considered a precious and luxurious material along with gold, by the nobility and wealthy of the day and was bought from the merchants of Genoa, Pisa, Venice and Portugal. This prestige was likewise as a result of mystery associated with its fabrication, which remained key before the 15th century. The first breakthrough in porcelain production occurred in Florence from 1575 to 1597. Using a furnace designed by Bountalenti and Fontana, a delicate paste porcelain was created, the production becoming known as “Medici Porcelain”.

However, production of quality porcelain about par with the Chinese wares wasn’t developed until 1708 when the chemist and physicist Von Tschirnhauser and the alchemist Johann Bottger succeeded in producing a hard paste porcelain. Because of this, Augustus II, King of Poland, founded the initially European hard paste porcelain factory at Meissen in 1710. For almost a decade the formula for this porcelain remained a jealously guarded technique within the confines of the walls of the Abbrechtsburg Castle.
However, after the Arcanum and kiln technology became noted in the mid-18th century, porcelain factories started out to spring up around Europe. Around the year 1704, a couple of Europeans succeeded in making porcelain after a lot of trial experimentation, and they started to build porcelain factory. In 1712, a Jesuit who visited Jingdezhen China delivered a letter explaining the way of making the genuine Chinese porcelain. This letter was widely spread to Europe and the pottery by this technic became very famous. People started called the pottery name and material as ‘Fine China/Fine Bone China’ due to the porcelain and its recipes origination, that is China.
Jingdezhen, Chinese porcelain
Jingdezhen is the famous place for ancient porcelain and it is still regarded as the China’s “porcelain capital”. The world’s best collections of antique porcelain are exhibited in Jingdezhen Ceramics Museum. Many the Yuan, Ming, and Qing porcelains are also called national treasures in China.