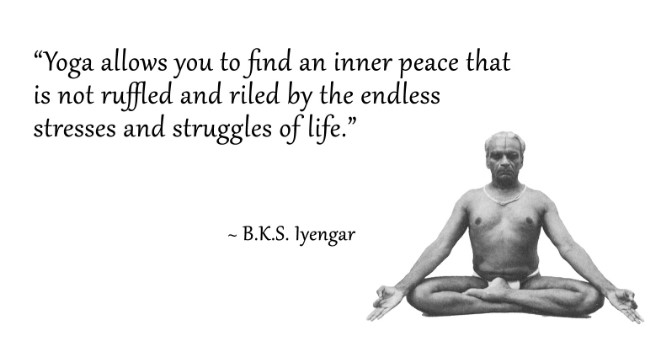 What is Yoga? – academic study and school

What is Yoga? In today’s society, Yoga is known as a decent exercise, stretching, or one type of alternative medicines. Originally, Yoga was designed to eliminate a so-called “Turbulence of Mind” and it connotes “balance”, “harmony” and “unity”. Ancient Yogi (trainees) practised three primary disciplines including Asana, Pranayama and Medication. Asana is “postures” and Pranayama is “breathing”. They strictly controlled over themselves at minimum rules based on “Yama (Do-Not-Do)” and “Niyama (Must-Do)”. It is overall Yoga system as well as traditional Yoga according to the 8 Angas of Yoga that Patanjali who was is called a “Yoga Saint” created.

The reason why Yoga draws public attention is explained on its scientific attribute. Out of 8 Angas of Yoga, these three primary disciplines are the most commonly performed by the current trainees as practical ways of Yoga training.

It helps to increase the immune system and self-regenerating of the cell by stimulating functions of individual muscles or body parts, nerve, and hormone. This way, it works with chronic symptoms including chronic fatigue, gastroenteric trouble, backache, high blood pressure, and diabetes. It also works with typical female symptoms like obesity, insomnia.

It helps to stabilise peace of mind through cleaning the nerve system, which enables improve the controllability of autonomic nerve. Hence, it gives a great help for the nervous disorder.

It contributes improving mental strength such as the faculty of memory, concentration, creativeness and judgment. It can finally lead you a productive life and get a peaceful mind, which is people’s basic orientation.

There is a wide variety in Yoga School originated since ancient time, but the traditional Yoga classifies into five schools in general; Hatha-yoga, raja-yoga, jnana-yoga, karma-yoga, and bhakti-yoga. However, there are other schools such as tantra-yoga, mantra-yoga and so on, but they have different ways of approaching how to reach to their goal “Yoga.”

Above five schools refer to the ontology that Samkhya Philosophy advocates. In Samkhya philosophy, it promotes two ultimate realities – “matter” and “self (spirit)”. It says to know requires a mind, to move or to act requires knowledge. And For knowing acquires through 5 human senses; see, hear, taste, feel, smell. For working, eyes, ears, mouth, skin and nose are the reason to exist.

How to discipline in modern Yoga training school

We will go further more about what is Yoga and how to train the Yoga in today’s school.